I first discovered Camera Obscura in 2008, right after I separated from my then-wife. I had noticed a vinyl copy of Underachievers Please Try Harder on display in the local record shop for a while and was intrigued by the cover. I honestly thought it was a reissue of a 1970’s album from a Swedish female acoustic folk duo but, wanting music that hadn’t been associated with my wife or marriage, I bought it, completely unheard. I needed something good that was “just mine”. One might consider that, without the cover of Underachievers, essentially, without Carey, I may never have discovered what would become my favorite musical group. 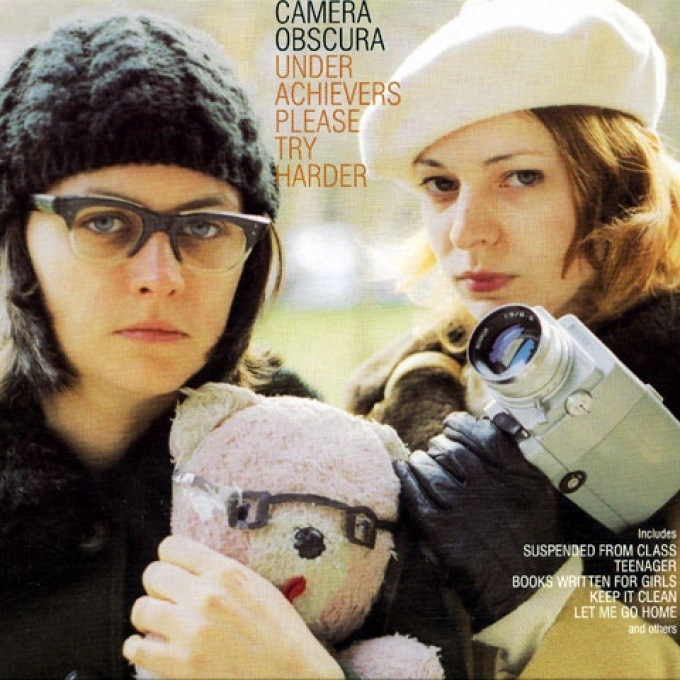 Imagine my surprise when the beautiful pop stylings of the album’s first track, Suspended from Class (to this day, one of my favorite Camera Obscura tracks) came through my Hi-Fi. “Holy shit,” I thought to myself, “…Is she…Scottish?” Being American of Scottish ancestry, I was immediately hooked. I checked Google to confirm that, yes, the whole of Camera Obscura were, in fact, Scottish. I quickly snapped up their back catalog and learned they’d have a new album coming out soon (the absolutely incredible My Maudlin Career. You can probably follow along with this discovery/musical obsession on this blog, actually, since I was a radio DJ at the time, and wrote a lot more (about music) than I do now.

I suppose the point is, my story is hardly unique. I discovered the exact right band at the exact right time in my life. My musical tastes have always skewed more towards the heavier stuff (punk, especially) but it is safe to say that Camera Obscura is my favorite band. Hands down, no argument, no other contender (false or otherwise). Millions of other people love Camera Obscura as much, or more than I do. Of that, I have no doubt.

I know this does nothing to diminish the grief felt by the friends and family of Carey Lander, Camera Obscura keyboardist who passed away yesterday from cancer. (You can donate to the Sarcoma UK charity through her Just Giving page.) For the brief time she was here, she made the world a better place and significantly improved the lives of those she touched though her music. People she had never met.

The beautiful sonic layers she brought to songs such as “Troublemaker”, not to mention her amazing performance in the video for that song brought joy to many.

I consider myself lucky to have been able to see her perform twice and that I got to thank her for playing after one of the shows. I’m so incredibly sad that she’s gone, which is an odd way to feel for someone you only ‘met’ briefly and said, perhaps, two sentences to. I’m sure this post isn’t as articulate as it could be if I gave it some time, but I felt compelled to write it now, while the emotions were raw.

Rest in peace, Carey. You will be very truly missed.

This is a text widget. The Text Widget allows you to add text or HTML to your sidebar. You can use a text widget to display text, links, images, HTML, or a combination of these. Edit them in the Widget section of the Customizer.
Loading Comments...